The brightest flashlight in the world is IMALENT MS18. Its brightness can reach 100000 lumens. If it is turned on at night, most of the world of vision can be turned into daytime. Without any obstruction, this flashlight can shoot 1350 meters away. In that case, people often call it "the God of the sun"

The strongest flashlight in the world 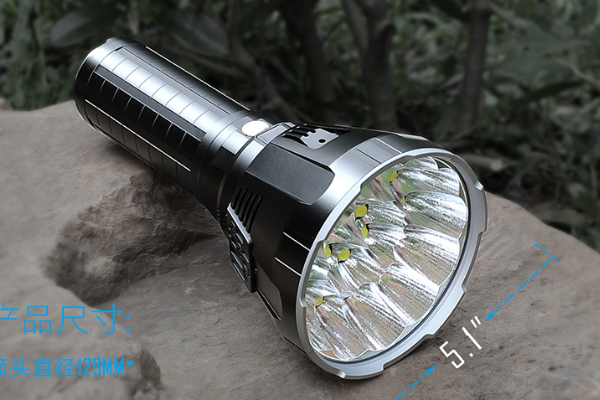 IMALENT flashlights are basically base on the principle of strong light, and MS18 is a brightest one. Its light intensity is as high as 100000 lumens, which is almost four times more than other IMALENT series flashlights. It is comparable to the light of the sun, and forms a sharp contrast with the world's blackest black paint. This flashlight is equipped with as many as 18 Cree XHP 70.2 LED lights, so as to form such a strong light source, and although it has strong light, its life is not short, up to 50000 hours.

How strong is the light of this "God of the sun" flashlight?

When the flashlight in your hand, you will know that it is not a flashlight, but a torch. Because it has 100000 streamer intensity and consumes a lot of power, so that the heat energy is constantly released. If you turn it on to the maximum brightness, you only need to put it on the paper for less than a minute, White paper will start to burn by itself. It can be seen how strong its light source is. It is estimated that an egg can be fried quickly.

But don't worry too much. When using it, it has eight gears to adjust. Once its temperature reaches 50 degrees, it will turn on the warning light and adjust automatically to avoid scalding. However, such a powerful flashlight requires a lot of batteries. It is said that it needs eight battery rods to support the minimum brightness. 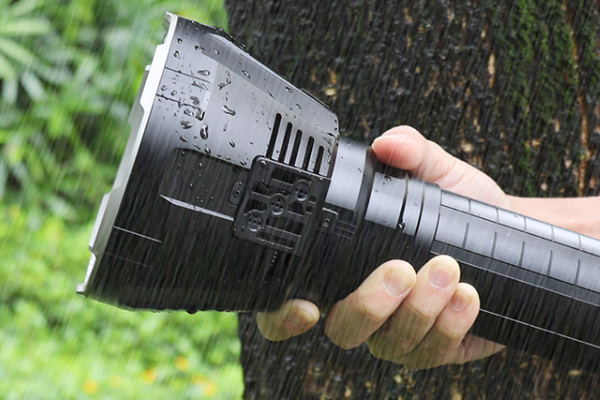 So the weight of the world's brightest flashlight is not low, it can reach 1.9kg, and the front end of the flashlight is bigger than an adult's fist. However, because of its high brightness, its outer shell needs to be made of aviation aluminum alloy, and its inner sides are also equipped with cooling system and double fans, which makes its price reach $669.95.

The reason why the brightness of this IMALENT ms18 exceeds 100000 lumens is that it is equipped with 18 Cree xhp70 second generation led lights, which can easily light up the night like day with only one button. Of course, it is not only a strong light mode, in fact, because it has a large number of LEDs, it can adjust at least 8 levels of brightness, from ultra-low brightness to ultra bright.

This "God of the sun" is specially designed for people who are searching or hunting in the wild, so its direct distance can reach 1350 meters. Even at the top of a towering mountain, you can clearly see the hillside. And if you are at the exit of a dark cave, you only need to use this flashlight to shine directly to the end, even the longest cave in the world is no exception, because no cave more than 1000 meters deep has been found.