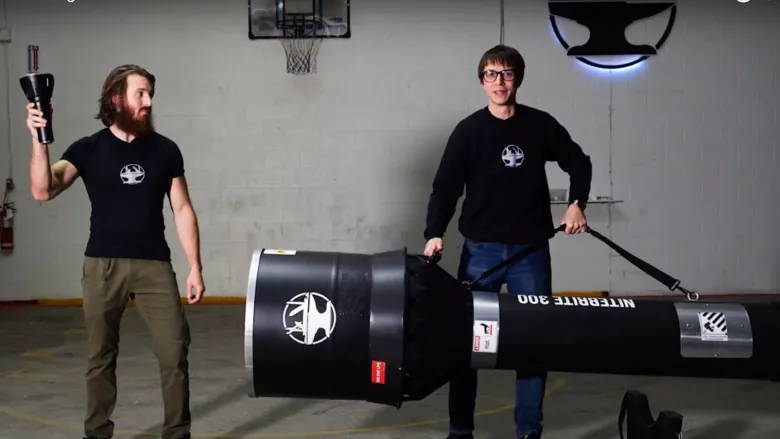 How bright is the world's brightest flashlight? "Really freakin' bright," says the man who designed it.

The comically large flashlight shines at a record-breaking intensity, enough to light up an entire football field at night.

It's called the Nitebrite 300, and it's the brainchild of Chris Thiele, an electronic designer who works for the powerhouse Canadian YouTube channel Hacksmith Industries in Kitchener, Ont.

"There were other YouTube videos that did giant water guns ... and giant lasers and stuff like that. So we wanted to keep to the same type of theme and do something a little bit more technically challenged," Thiele told As It Happens guest host Ginella Massa.

"I do have a background in electronic design, and specifically LEDs for that matter, so a giant flashlight seems like a very fitting project for me to take on."

The Nitebrite 300 shines at 501,031 lumens, a Guinness world record. Thiele said it could theoretically shine twice as bright with a sufficient power source. By comparison, a 100-watt lightbulb generates about 1,600 lumens.

Thiele started where any good product designer would — by looking at what's already out there.

He came across the world's most powerful commercially available flashlight, the Imalent MS 18, a handheld device that shines at 100,000 lumens and costs upwards of $600.

That top-of-the-line flashlight uses 18 LED lights, so Thiele put 300 in his prototype.

The first time he tested the light for the Hacksmith video, he hadn't yet designed a way to focus the beam, so the intense brightness filled the warehouse. Thiele's multiple pairs of sunglasses proved no match for Nitebrite 300.

"It was very bright. You couldn't look at it," he said. "It was, like, worse than staring at the sun, which I also don't recommend doing." 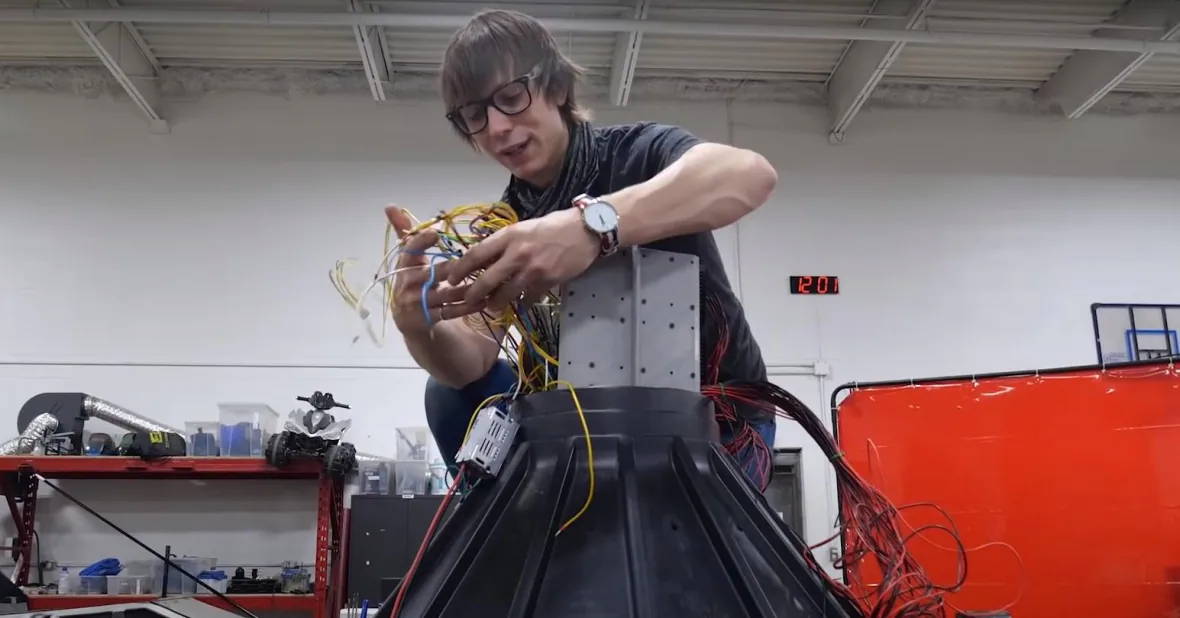 Thiele assembles his oversized flashlight — the world's brightest, according to Guinness. (Hacksmith Industries/YouTube)

To focus the beam, Thiele used a massive sheet of fresnel magnifier, which is usually used to read small print.

Once the final product was constructed, the Hacksmith team tested it with a Crookes radiometer, a tool used to measure the power of light waves. It consists of a small glass bulb enclosing a fan that moves faster when exposed to rays of light.

When they pointed a regular household flashlight at it, the fan spun ever-so-gently. Under the glare of the Imalent MS 18, it spun rapidly.

But when the team pointed the Nitebright 300 at the Crookes Radiometer, it literally exploded.

They also tested the device by lighting up a football field at night, and strapping it to the top of a car and driving around industrial roads in Kitchener, using it as a really intense headlight.

"That was probably one of my favourite scenes," Thiele said. "It was just lighting up all the buildings. You could see everything clearly like it was daytime out, essentially. It was weird." 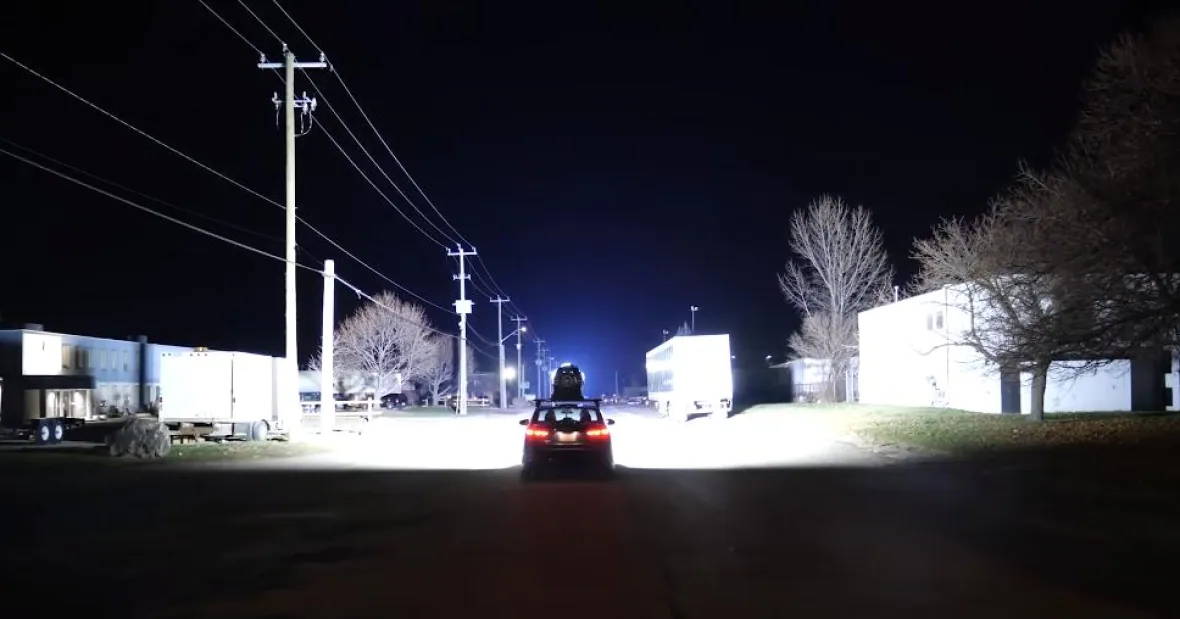 Thiele says the giant flashlight could have practical applications for things like search and rescue, but mostly, he just made it for the fun of the challenge.